We are thrilled that Vee, Rheanna and Roger ran the London Marathon for us this year! Huge congratulations go to them for taking on this great challenge and for raising nearly £8,000 for child amputees

On April 23rd our runners were ready for the challenge – marking Vee’s fourth marathon and Rheanna’s first. It was a tough race, and they struggled at mile 22, but thinking about the children they would help and all the fantastic support they had received got them through to the end. Vee and Rheanna started at different times but they found each other at mile 9 and ran the rest of the race together.

This year’s marathon was particularly poignant for Vee, as it took place just two days before the ten year anniversary of the terrible bus crash that hit the Hope family in 2007. In the crash Vee’s mother, Elizabeth, tragically passed away and her niece, Pollyanna, became an amputee. In memory of their mother, Vee and twin sister Sarah founded ELoH, through which hundreds of child amputees have accessed vital medical and social support. You can read Vee’s story in the Eastern Daily Press. 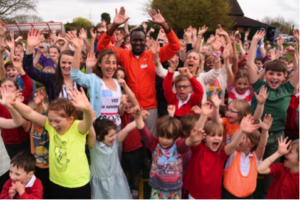 A part of Vee’s and Rheanna’s fundraising journey involved the children at Dickleburgh Primary School, who ran five marathons in five days. That’s 26.2 miles between them every day for a whole week. ELoH’s Ambassador, Abdifatah Dhululow, visited the school to cheer on the children and tell them about his own story. Abdifatah became an amputee following a car collision. In order to regain his physical and mental strength, Abdifatah picked up running and a few years ago he completed a marathon in thre hours and fourteen minutes. His speech inspired the children at Dickleburgh School, who not only ran 100 miles for child amputees but also raised more than £2,000.

Roger ran the London Marathon in 4 hours 17 minutes. Although he found it tough, he kept his focus by thinking about his reason for running – helping child amputees. His main fundraising drive was a Fantasy F1, which involved building an F1 team and gaining points, which was a success helping to raise his total to over £1,000. The Fantasy F1 League invited each person to donate £10 to enter and then build their racing team, pick two drivers and attempt to win the event. There were over 50 entries and the winner received a prize of £50.

Well done Roger, Rheanna and Vee – and thanks everyone who sponsored them! The money raised will go a long way to helping child amputees walk, go to school and lead happy, fulfilled lives.

If you’re interested in taking on a challenge for ELoH and helping improve child amputees lives please take a look at our challenge event page: http://elizabethslegacyofhope.org/challenge-events/

Comments are closed.
Join our monthly newsletter to stay informed with our latest news and opportunities.
Photos of our work 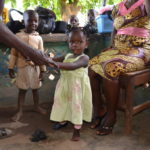 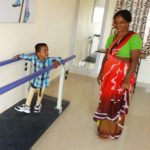 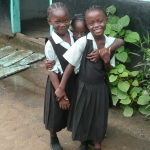 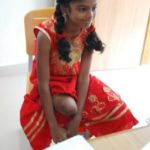 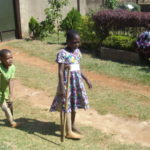 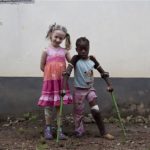 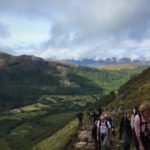 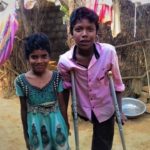 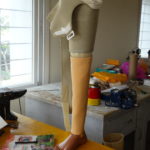